Are you looking for a Physiotherapist in Hamilton? We have some of the best in New Zealand!

Visit us at one of our two Hamilton locations. To book an appointment phone us today, or find a time that suits on our online booking system. Need help getting started? New to Active Health? Contact us using this form or call on 07 838 3262

Looking for a Physiotherapist in Waikato? Experiencing problems with pain, range of movement, muscle balance and function? Physiotherapy is about human function, movement and maximising the body’s potential. Active Health has a team of expert Physiotherapists to help you get back to an active life.

In some circumstances surgery may be the best pathway for your injury or continuing concern. Depending on the severity, acute or elective, it could be a number of months before your surgical date. This lead in time, can be used to improve post-operative outcomes by working with the team at Active Health. Some pre-operative goals and considerations may include; addressing compensations and pain from “favouring” your injury, improving your cardio-vascular fitness and strengthening adjacent muscles in preparation for time off to rest and recover. In some cases simple strapping, bracing or direction on footwear can be used to good effect, in order to offer a greater degree of comfort prior to surgery.

Post-operative rehabilitation is very important and often advised by your surgeon in order to provide better long-term outcomes. The key to this is a graduated and guided rehabilitation plan. This should include functional movements and exercises specific to you and your daily home activities, work requirements and sporting endeavors. Active Health’s clinicians can help develop an individualised and specific rehabilitation plan to help get you back out doing what you love.

Trying to manage more than one injury?  Looking to return to sport or exercise after time off? Are you starting a new fitness challenge? A muscle balance assessment provides detailed insight into your current strength and flexibility. We provide clear exercise-based advice and programs for you to achieve your fitness goals. With this base line muscular audit, you can then be guided on how to lessen your injury risk and develop safe fitness practices, that aim to get you to your goals faster. These plans can be specific for gym work outs; home exercise based; or individualised for your chosen sport. 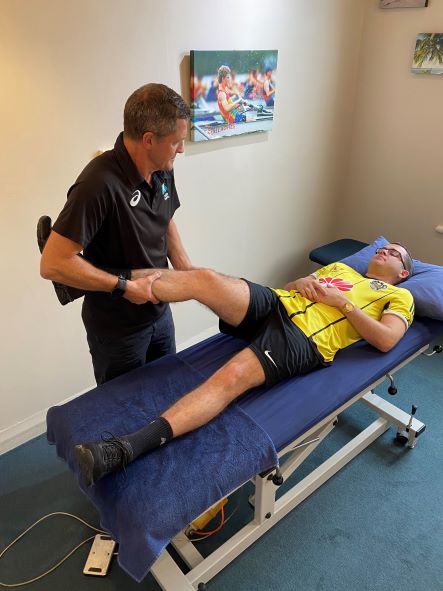 At Active Health we strive to promote, maintain & restore your physical, psychological & social health and well-being. At a consultation you can expect one of our experienced team to assess your levels of pain, range of movement, muscle balance and function.

We can help with both ACC and non-ACC related injuries

Our physios are all qualified & registered. We provide ACC appointments if your injuries meet the criteria outlined by ACC. There is a co-payment for each treatment session.

For both ACC and non-ACC related injuries, our initial appointment times are 45 minutes. Subsequent follow up sessions are 30 minutes. 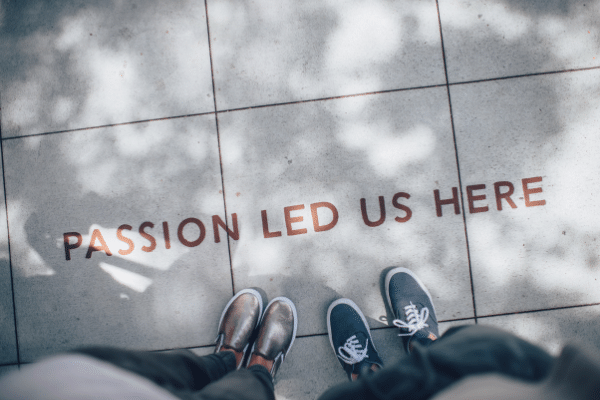 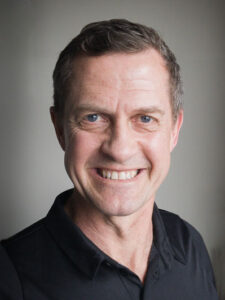 Mike has been the principal Physio and Director of Sports Med Physiotherapy since 1997. After qualifying a long time ago (last century) from Auckland School of Physiotherapy in 1992, he has since completed diploma’s in Manipulative Therapy, and Health Science (Musculoskeletal Physiotherapy).

Working with the Chief’s Rugby Team further developed Mike’s background in strength and gym-based rehabilitation. His patients are now being encouraged to perform resistance training to stay strong and active for work and home, not necessarily just for sport! 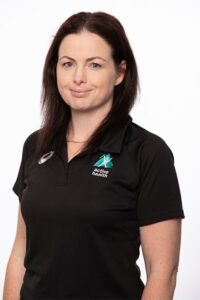 Since graduating in 2006 from AUT, Amanda returned to the Waikato, spending just over a year working at Waikato Hospital and then moving into private practice.

Amanda completed her Clinical Masters in Musculoskeletal Physiotherapy in 2011. This extended training has provided her with excellent assessment and treatment techniques which she uses in her day-to-day practice to help her patients achieve the best possible results – from the aspiring athlete to the weekend gardener.

Amanda has worked with a number of sporting teams, predominantly in Netball.

Keen to make a difference in reducing serious injuries in sport, Amanda worked in an injury prevention role with Netball New Zealand & ACC for two years – delivering the NetballSmart injury prevention programme across the Waikato/BOP Zone.

Amanda finished this role in late 2019 when she was appointed to the Waikato BOP Magic Netball Team as their team Physiotherapist.

Aside from work, Amanda is a mum to two girls and along with her husband, when the weather allows, they will often be out on the boat fishing. Amanda also plays squash, coaches her daughter’s netball and is currently getting a bit of DIY experience, helping to renovate their home. 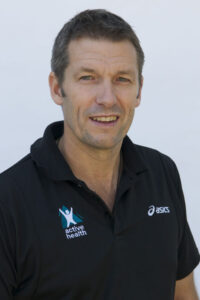 Mark has 25 years’ experience in Leadership, management and the provision of High Performance, Health and Wellbeing services. Mark has worked internationally in both the public and private sectors, and as a member of both amateur and professional elite sporting organisations. He has led key business partnerships and stakeholder relationships across local government, regional sports bodies and teams, professional service providers, and corporate health customers. Mark has a real passion for helping make people be the best they can be and being the facilitator of their total Health and Wellbeing. This involves:

Mark is willing to go the extra mile to ensure positive outcomes for individuals, families and companies and truly believes in ACTIVE HEALTH FOR AN ACTIVE LIFE.

Mark’s experiences and qualifications include: 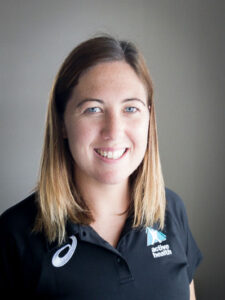 Laura began working at our Ulster Street clinic in 2008 after completing her Bachelor of Science Honours Degree in Physiotherapy, in Northern Ireland in 2006 and then travelling the world before settling in New Zealand. Since then, she has completed her Post-Graduate Diploma in Musculoskeletal Physiotherapy in 2015, furthering her evidence-based practice in this area. More recently, Laura developed an interest in Women’s and Pelvic Health Physiotherapy and has completed various courses to develop her knowledge in this area.

Over the years, Laura has worked with sporting teams, including football, rugby and representative level netball teams. She has enjoyed having a mixed case load in the clinic involving people of differing ages and with a variety of injuries, including sporting and work- related injuries, rehabilitation post- surgery, pre- and post- natal conditions, and has an interest in working to prevent further injury.

Laura’s strong Musculoskeletal Physiotherapy background and realisation of how important both the core stability and breathing systems are in rehabilitation and exercise, and how intricately linked they are with pelvic muscle dysfunction, led her to her interest in Women’s and Pelvic Health Physiotherapy. Laura understands first-hand the physical and psychological aspects that are involved in what can be intensive and extended recovery processes after completing a lengthy rehabilitation to return to sport herself, after first having an ACL reconstruction on her knee, and then postpartum recovery following the births of her children. Her real interest within this field lies in treating pre- and post- natal conditions, including posture advice, pregnancy related musculoskeletal conditions, pelvic girdle pain, pelvic floor dysfunction, bladder or bowel leakage, frequency or urgency, DRA (abdominal separation), functional strength assessment. Laura’s passion is in individual and group exercise and Pilates prescription through pregnancy, and for return to activity, running and sport post- partum

Laura currently works part -time and enjoys spending the rest of her time looking after her two young children. Laura has a passion for water-skiing and competes in New Zealand National tournaments each year. She also enjoys participating in a “mum bootcamp” regularly, running with her dog, has completed a few half marathons, and is a bit of a snow bunny in winter: skiing and snowboarding. 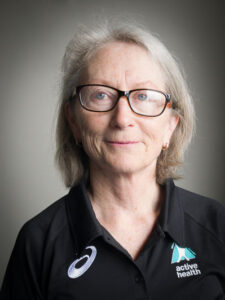 I have joined the practice again after twenty years working in other areas of the Waikato and am enjoying working in a great team where we keep up to date with best practice and aim to do our best for patients.

Over the years I have worked with Waikato Netball, NZ Hockey, and Workplace Assessments. I have a special interest in back problems but enjoy all aspects of my work.

I make a point of explaining my findings and the rehab plan so that we work together for the best result. 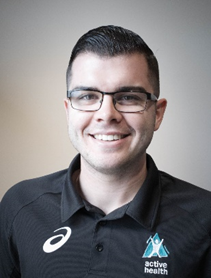 David is a new graduate Physiotherapist joining us in the Waikato at our Ulster Street clinic, having recently completed his Bachelor of Health Science Degree, in Physiotherapy, at Auckland University of Technology in 2020.

David has a keen interest in injury rehabilitation and sports medicine. He is committed to bringing an evidence-based and modern approach to his assessment and treatment, in order to provide the best opportunity for optimal recovery.

David has ongoing involvement in research, currently working on a project involving the median nerve which has gathered international interest. His final year undergraduate paper on median nerve neurodynamics was awarded the ASICS Prize for AUT’s Best Research Project of 2020, as well as earning the Sport and Exercise Physiotherapy (SEPNZ) Research Award for 2020.

In his spare time, David enjoys playing football and golf, and loves getting into the gym. He is passionate about sport and follows local teams such as the Warriors and Wellington Phoenix.

He looks forward to meeting you and helping you on your recovery journey! 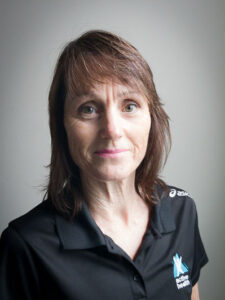 Fiona has worked with us since 2003. She has been in private practice since 1990.

Fiona has been the physio for many sports teams. She was the physio for the Magic Netball Team for eleven years (1999, 2000, 2003-2013), including being in the winning National Bank Cup and ANZ Championship teams. She has also worked with NZ Women’s Football, NZ Women’s Softball, NZ Rowing and NZ Triathlon.

Fiona enjoys keeping fit and active. She competes in triathlons, running, open water swimming and some cycling events. She has competed in 21 half ironman distance events, 4 NZ Ironman events, numerous standard distance triathlons and half marathons. The participation in these sports has transposed into a keen interest in treating athletes from these disciplines. Fiona has developed a sound knowledge base on run form, analysis and rehabilitation, as well as understanding the requirements of swimming and cycling 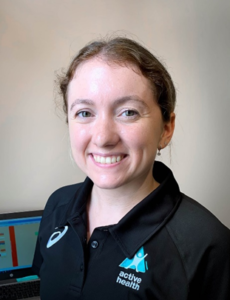 Claudia began working for Active Health in January 2021, after completing her studies at the University of Otago School of Physiotherapy in 2020.  She completed her degree with First Class Honours.

Originally from Christchurch, Claudia made the big move to Hamilton this year and is thoroughly enjoying her time in the Waikato. Growing up, Claudia was involved in many sports including tennis, netball, and rowing, and had strong interests in biomechanics, health and anatomy which lead her down the path of physiotherapy.

Since starting at Active Health, Claudia has had the opportunity to work alongside Hockey New Zealand, supporting the Women’s Black Sticks squad at the 2021 North vs. South series, as well as the Hockey New Zealand Performance Network training camp in July 2021. Alongside her colleague, David, she has also worked with the Wintec Waikato Hockey Men’s U18 team at the 2021 Vantage National tournament.

Claudia is currently working out of our Thomas Road clinic. You can also find her at the Hamilton City Netball Centre on a Saturday providing an acute injury assessment and treatment service.

Find a time that suits you and book an appointment online using our booking system. If you are not sure who to see, give us a call and we can help find the best clinician for you.